Dad got out of the hospital about two weeks ago. He was sent home with a walker (that he said he would not use) and a schedule for when the PT and nurse would visit. When I talked to my mother a few days ago she said he was doing really well.
Posted by Cedar Waxwing on Thursday, February 24, 2005 2 comments:

Now this is cool. Am sitting here listening to Whales in Hawaii!
Posted by Cedar Waxwing on Tuesday, February 08, 2005 No comments: 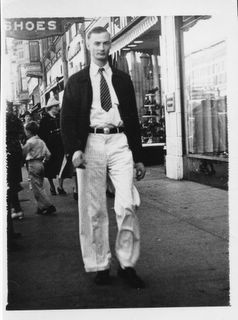 Lee Wards was one of my favorite places to go when I was younger. It was a huge craft store that closed down in the 80's or so. My cousin worked there for a brief time as a security guard in the 1970's.
Posted by Cedar Waxwing on Tuesday, February 08, 2005 7 comments: 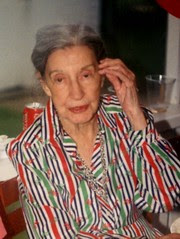 I have a photo (not this one) in my office and I often look at for strength or to work out some troubles or another. Frances was the most influential person in my adult life aside from family members.
Posted by Cedar Waxwing on Thursday, February 03, 2005 5 comments: