To millions The Chronicles of Narnia are a childhood tale of wonder and triumph now made into a film that could inspire millions of children to read. To others, including the celebrated fantasy author Philip Pullman, they are stories of racism and thinly veiled religious propaganda that will corrupt children rather than inspiring them.

So begins an article in the Guardian Observer.

Geez, can't Pullman leave Lewis alone? I'm sick of this debate. Good grief, it cannot even really be a debate because one of the debators has been dead for more than four decades.

I posted this post this last spring on my Live Journal blog and forgot to crosspost.


What do those colorful plastic wristbands that are popular to wear these days and Lent have in common?

Here in my household they both are not much more than fads.

There have been articles written about the "devaluation" of the colorful wristbands such as this one from the Philadelphia Enquirer:

"Red, blue, purple, pink - no one color can be exclusively related to a particular group or ailment. So, how meaningful can sporting these awareness bands be?

And there's a rampaging ubiquity to it all, as with other fast fads. Our culture seizes on something, then wears it, says it, or does it to death.

Besides, let's face it, it's a tad self-aggrandizing to show the world you've donated - minimally - to a charity.

What do women say when they see a band dangling from the wrist of a guy at a bar? "Ooo, Jenny, he's tall and he hates heart disease. I think he could be the one"?...

...Teen-tilted stores such as American Eagle Outfitters are selling multihued wristbands that have nothing to do with doing good.

My daughter wears a Livestrong band that she was given by her well-meaning Girl Scout leader, and one she found that is multi-colored. I asked her what it stood for, and she didn't know, and said she didn't care, it was a wristband, and wearing them is in style.

To me, this is not much different than what happened during Lent this year. She struggled to figure out what she wanted to "give up" for Lent. I asked her why she was going to give up something at all, and she reminded me that it was Lent. I took that at face value, after all, she attends church pretty regularly, and perhaps her youth group was promoting it. She eventually chose to give up sour things including lemons and pickles, two of her favorite foods. Giving up these foods meant we could not serve one of our staples around here - chicken piccata which has lemons and capers.

After a while this Lent thing got old. Not because we couldn't have chicken piccata, but because when we did put pickles or lemonade on the table she would whine. Loudly. And remind us of her sacrifice. Loudly.

I asked her why, exactly, she was giving up something for Lent and if she could explain the religious reason for it. This must have been in a weak moment for her, because she answered honestly. She told me it had little to do with Jesus and was mostly because all of her friends were giving up something for Lent. Well, maybe not her Jewish friends, but most of the others were. It was something to talk (whine?) about at lunch - how they could not have chocolate or pickles or candy or whatever they had chosen to give up for forty days.

I saw this first hand during the girl scout meetings. It was especially noticeable when one of the most vocal girls chose to give up talking for 24 hours. Did you know that someone who doesn't talk can cause more noise than if she were talking loudly? Really, it is true. The person uses sign language (well her own made up sign language) and then all the other girls shout out what they think she is trying to say. Think charades. With 10 teenaged girls who are grumpy because they are giving up something.

Then there was the weekend of fasting where two of the girls (one was the girl who couldn't talk the week before) moaned about how hungry they were and gloated that they were making such a sacrifice for their beliefs. Of course then the rest of the non-Jewish girls whined about their own sacrifices. Loudly.

I write this mostly "tongue-in-cheek". Teens are teens. They quickly follow fads and drop them just as quickly. Maybe wearing various awareness bracelets "will" cause them to think about whatever charity they are wearing the bracelet for. Perhaps not now, but maybe when they are older and able to help out the cause in some way. Perhaps giving up things during Lent really does make them think about what Jesus sacrificed (or whatever the reason people give up things for Lent). It sure makes me think about it. I mean when they give things up. And moan or whine... 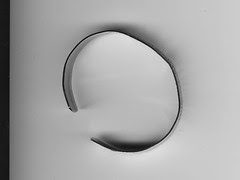 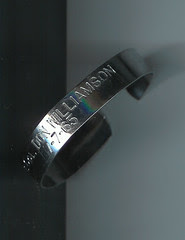 POW bracelets were the fad in the 1970's. Did all we teens wear them because we cared about the person whose name was on the bracelet? Sure, some did, but others of us wore them like we wore White Stag ski jackets, peace sign pendants and bellbottoms.

So I guess the moral of this entry is, times change, fads change, but teenagers don't. Really.

And next Lent, I am going to try to talk my daughter into giving up fads. Just for forty days.